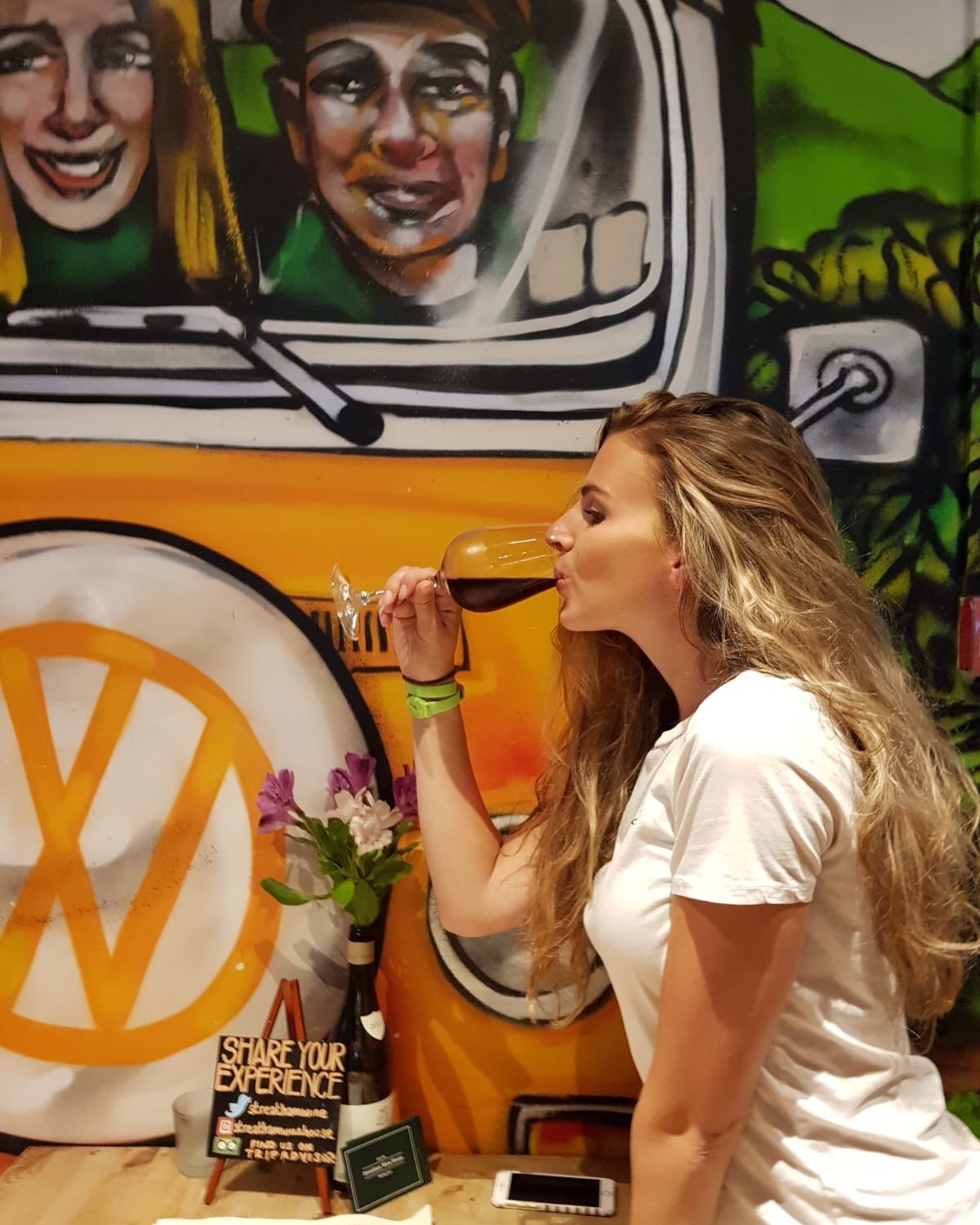 I suppose this is completely boring of me by beginning by talking about the weather but we need to acknowledge the drop in temperature so that I can explain the huge pile up of big reds I have on my windowsill waiting to be reviewed. It was all so innocent before, rosé here, a light Beaujolais there, then we had that weekend where it was practically 1 degree and I’m back on Shiraz like a bee to honey.

Somehow, I’ve spent a few weekends in London lately, one for fitness with the SBC and one for antics with a friend. Interestingly, both have had a very different effect on my diet in good and bad ways. We’ll start with SBC.

If you haven’t heard of the fitness phenomenon I refer to, it stands for Skinny Bitch Collective and it is essentially a fitness class for girls that’s unlike anything you will have seen before. ‘Oh but I’ve been to Dog Pound,’ people tell me. Nope, not Dog Pound. ‘Ah it sounds like my pilates class,’ people say. Nice try, but if you go to that pilates class regularly, something clearly isn’t working for you is it, you still look very average. Russell Bateman, founder of SBC, gets results and some of the girl who walked into that class made me question by sexuality even more than normal.

I was actually a little bit scared of the class for this reason, I’d seen videos on the SBC Instagram page of girls with six-packs and even they looked like they were struggling. How was I, with my running, wakeboarding and riding fitness, going to manage? I shared my trepidation with the taxi driver on the way and it just so happened that the old boy had been a very competitive boxer in his day. ‘I’d be up at the crack of dawn training,’ he told me. ‘I loved it, go get em girl.’ It was what I’d needed to hear, he said it in a way that made me think he missed being that fit and it led me to wonder why we waste our bodies so much, they’re capable of incredible things and a lot of us are guilty of letting them get soft. 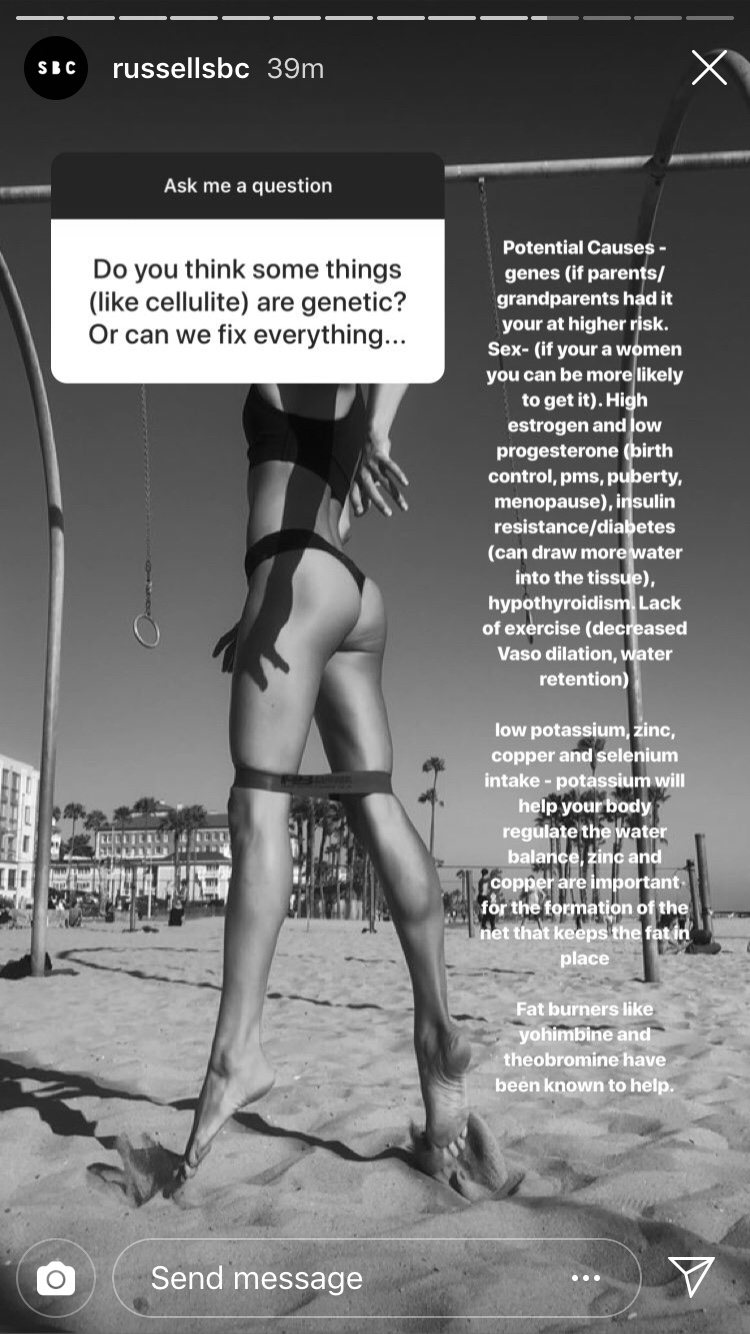 The class was everything I imagined and more, there were a few other newbies like me and we threw ourselves into it with the gusto of a happy salmon swimming upstream. The class is so fun that your brain is tricked into keeping your body going and your legs forget that they’re tired. Russell doesn’t say anything detrimental, he just reminds you to keep to the beat and try your hardest. I don’t have time for spinning classes where they shout abuse for motivation, how’s that shit meant to leave you feeling? Russell is encouraging but firm, the other girls are too. A lot of the exercises require you to pair up with someone else and it’s this team work that makes you work so hard; you can’t let your lack of fitness bring them down.

Right at the end where I was hoping for some sort of cool down, we were in a group of four lunging and pushing each other’s arms back and forth, the blonde to my right started really pushing my arm, not just keeping it up for the appearances of the Instagram videos. I looked over at her thinking ‘I really don’t have much left’ and she gave me such a wicked look of mischief that I found five minutes more fuel to give to everything. Now, when I’m struggling with weights or running at home I just think of her exuberance and I smile and carry on through. Girls are fantastic and Russell brings out the very best in them.

After SBC I feel different, I’m mixing up my fitness and I’m even more conscious that what I put in, has to be worked off. However, there’s always room for wine. A few weeks later I was back in London, Lydia and I had intended to go to Notting Hill Carnival but as it was practically arctic we settled on being happy tourists for the day and trying our best to remain at least partially dry. 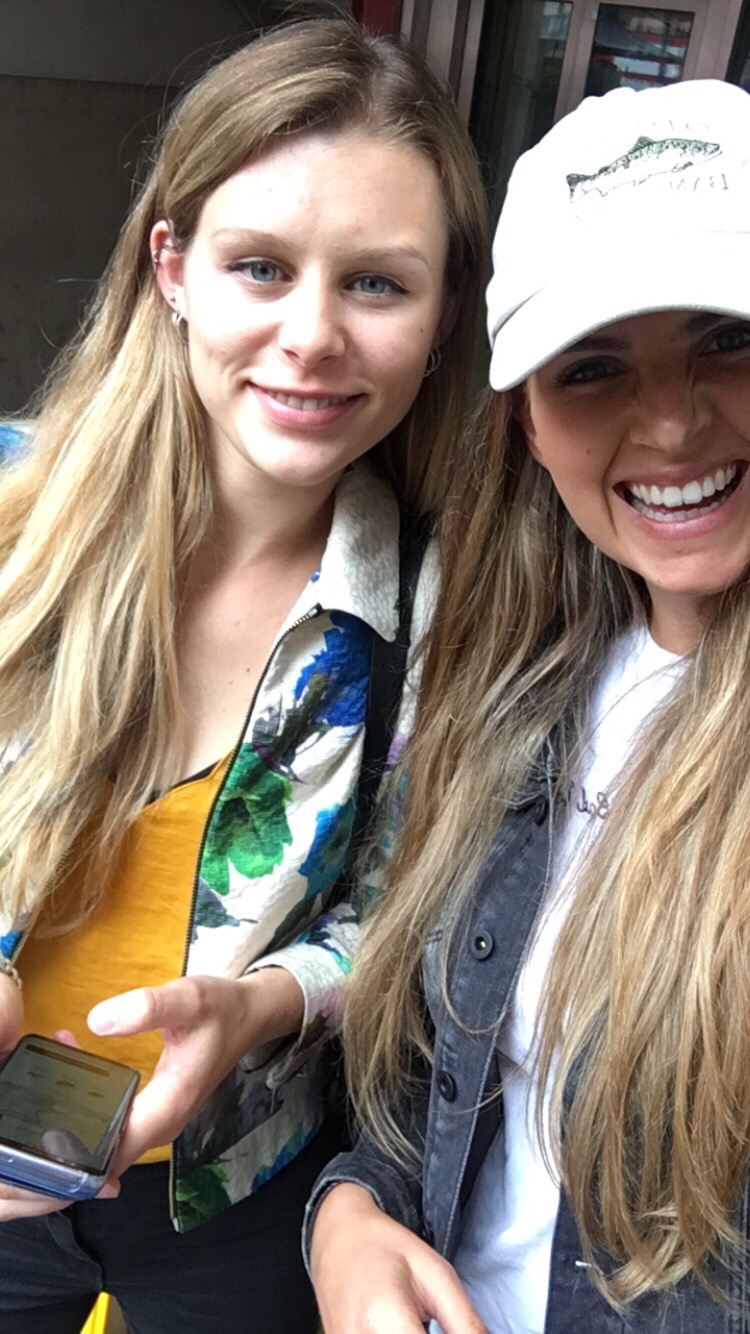 After seeing some whacky modern art and trying some street food our cold feet wanted to walk themselves into a nice restaurant for a Sunday roast. A friend recommended Bluebird in Chelsea and so we trundled over there, leaning over like old grannies so as not to give in to what was now sideways rain. Bluebird has varying opinions. Due to it’s location, it can’t help being labelled pretentious. Due to it’s location it can’t help not providing the service one might expect from such an establishment and finally, due to it’s location it sort of has to serve great food and booze.

The décor is dreamy, plants everywhere, a hint of bohemian combined with 20’s decadence makes Bluebird a lovely setting to relax into. I ordered a bottle of Shiraz but somehow they told me I’d much prefer the Cabernet Sauvignon and despite never having met this waiter before in my life, I agreed. The roast was sensational, beef pink, Yorkshire bigger than my head, we had a lovely time and it wasn’t at all over-priced or underwhelming. I could have settled in there for the day really but we wanted to explore a little more, get damp again and see what else London had to offer on this gloomy day.

Several back and forths later, we ended up a Streatham Wine House, a fantastic little joint in the West with an exciting wine menu and knowledgeable but extremely laid back staff. It was almost like they didn’t really work there, they brought us water and recommended this and that, if we didn’t like it they would happily find us something else, no problem. It was perfect and sat in a winged armchair next to a splendid wall of graffiti with all the wine and cheese at hand that I could ever want, I was as happy as Olive my border terrier, rolling in badger shit. I’d say this was a ‘cheat day’ if I was a fitness fanatic but since I’ve discovered the truffle Gouda at Streatham Wine House, almost every day has become a cheat day. I started off with an interesting light wine called Fanny Sabre and then moved onto a deliciously smooth vanillary Zinfandel for the rest of the evening. But I just can’t stop thinking about the cheese.

Anyway…the reds piling up on my windowsill:

Remember I was talking about the nonsense of finding new wines and all of that bollocks. Well this is one of the remarkable wines I tried at the Game Fair. It’s bloody brilliant, I don’t even know where to begin. Dad nearly cried when he tried it, then described it as ‘pukka’ which isn’t a word I often use. ‘We made this wine with love and passion, it should be drink the same way,’ and now I’m nearly crying too. I’ll definitely cry when I run out. It’s got some depth to it that you’d describe as romantic, it’s smooth and clandestine like a sexy unavailable lover. Just delicious, notes of blackberry but nothing sharp, all perfectly balanced and pulled together like a string quartet playing Pachelbel.

This is also delicious from Dunstone but it thankfully doesn’t impose such an emotional response upon drinking. It’s a bit more light hearted and fun, easy drinking, fruity but still quite lively so as not to send you into a bizarre wine-like trance.

I bought this meaty Shiraz to pair with that duck recipe I’m mad about as I had a friend popping over mid-week. Although perhaps a little heavy for the duck, I think I had already had a few glasses before she arrived because it was so drinkable. It’s more soft than smooth, very blackberry heavy in flavours, screams hedgerow which seems fitting at this time of year. A delicious fresh but satisfyingly soft Shiraz I will no doubt buy again.

This is a bottle I found in my handbag on a Monday and I vaguely remember someone putting it in there after a particularly heavy Sunday sesh where we all got so rat arsed we couldn’t finish the wine on the table, thus, we took it home. I don’t drink a lot of white wine so I was quite pleasantly surprised by this. It’s not going to blow your socks off but it’s not offensive either. Notes of gooseberry and lovely and zesty, it’s a lovely light white wine.

My Dad brought this over to go with a Thai curry I cooked for the family one fateful evening. He didn’t share it, it pretty much evaporated but the label sells it well and Dad seemed fairly pleased with it. 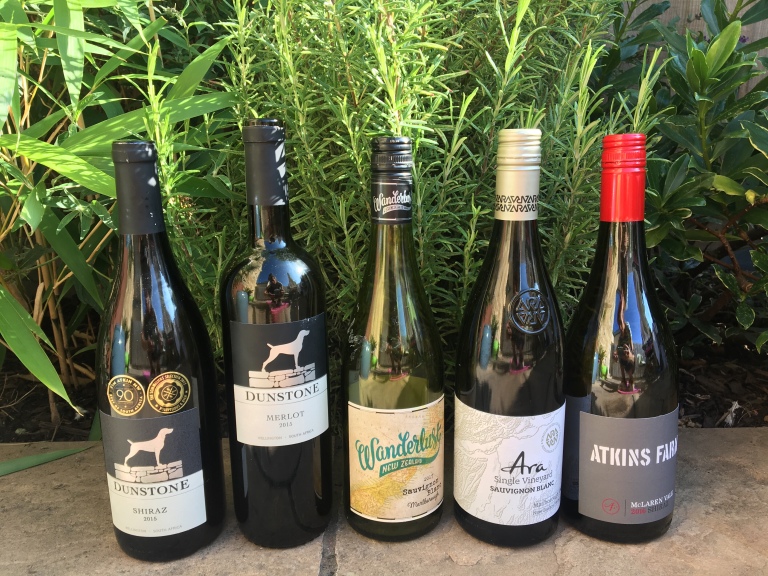