My normal route in the morning is currently closed. There are signs everywhere stating ‘Diversion’ but curious as I am, I thought I’d go past all of them to see just how closed we were talking. It turns out, there’s just a tiny bit of scaffolding up for the rebuilding of a wall, plenty of room around once you’ve navigated the cone situation. What I have found most fascinating about this road closure is firstly, how there are only a few of us happy to jump out of the car to move cones rather than drive an extra few miles. Secondly, how defensive the villagers are off their road closure. Having restricted access to the little village has really got some extraordinary characters out of the woodwork.

On summery days in weeks gone by you’d only ever see the same people out and about. A lady who is running in her mind but her body is less enthusiastic. A few glamorous dog walkers, some middle aged joggers who power up that famous hill and that’s about it. Make a road private and suddenly it’s like you’ve driven over their precious lawn, I’ve not had this many angry glares since I had wonky full-beam headlights. While moving the cones on Sunday morning, a fellow diversion dodger bellowed, ‘Is it clear down below?’ I reassured him he’d be fine and off he set, the mischief of it all giving him a glint in his eye. I have no idea how much longer I’ll be able to take this route, but for now the blissful company of other cone dodgers is really rather enjoyable. It certainly distracted me from the fact that it is Monday and I think I have severe dehydration.

Yesterday was a real struggle in more ways than one especially having to say goodbye to my gorgeous sister again as she goes on her next adventure. It was a hangover met with exhaustion and sadness, and it’s not a cocktail I like to sip at too often but we have to take our Yin with a little Yang. I started the weekend with my favourite rosé, Domain Tempier’s Bandol, the 2018 vintage that I bought from a dear Instagram friend, Lionel, when I was in London a few weekends ago. With rustic pizza, nibbles and some pate, it was as divine as I remembered it to be in Antica Bottega in Verona back in May. We moved onto Rob’s 2013 Sangiovese which was plummy and warming for a rainy Friday night, a warm up for what was to come on Saturday.

There’s a new restaurant in town, Hoppi Dorri, an all-round Asian inspired hive of deliciousness. A former Prezzo, the owners Chris Riddle and Sam Letteri have done a wonderful job stripping everything back to give it a sort of edgy Tokyo feel. I’ve never been, but it’s how I imagine it to be, there are lots of mustard colours, they’ve kept things bright but in no way tacky. They’re new and inevitably this means they are busy, long may this continue and for now it means you need to book if you want to go at a normal time. We left it until fairly late so had the unusual table time of 4:30-7:30, the traditional time for tea.

I finished Sunday off with Once Upon a Time in Hollywood, Quentin Tarantino’s ode to 1969 Los Angeles. It’s the sort of film you watch and think, you know what, this is art. I think you need to have some knowledge of the Charles Manson murders to understand the pace of the movie and also feel the anxiety at the end. Brad Pitt was perfect, DiCaprio just keeps getting better and better and Pussycat, a Charles Manson recruit played by a relatively unknown actress Margaret Qualley, was sensational, “Oh yeah, we all love pussy.” >>>>>

The dog, Brandy, stole the show in the end, and I’m so happy that in this world of plant eating, plane flying, coke snorting, wannabe hippies, Tarantino didn’t even offer them a grain of heroism, quite the opposite in fact, in true Tarantino fashion. He managed to highlight the extremism of these cults while making them look childish and strange, the only worrying thing is, Lena Dunham, who plays Gypsy is almost too believable in character.

The real reason I wanted to see the film was because I’m a huge Margot Robbie fan (who isn’t) and her playful depiction of Sharon Tate was prepossessing to watch. She’s one of those loveable types, bouncing around as a new star and to think of what actually happened to her in real life, it just makes it heart wrenchingly devastating. >>>>>

So with little wine news to share, this week I intend to do more learning than drinking. I want to know what people were drinking in the 60s. In Once Upon a Time in Hollywood it’s mostly beer and cocktails, but there had to be some wine about then too so that’s what I will be researching. Mateus rosé come at me.

The delightful (cockwombles) of Collyweston ruined all my fun this morning. Have you ever seen a clearer definition of ‘fuck you’. #lawabidingcitizens 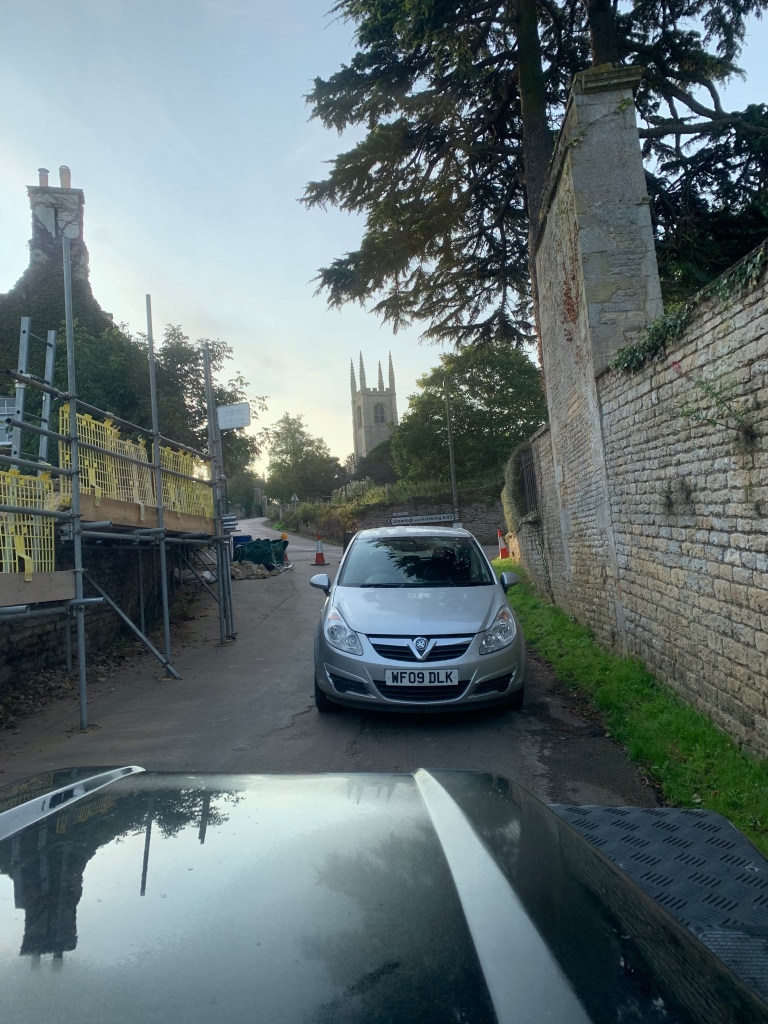 One thought on “A weekend of too much wine (again)”