This week, I’m back at work and wishing I was fishing. That’s right, forced to work, born to fish, tight lines and good times, I am well and truly hooked.

I got involved in this contagious sports thanks to an extremely generous gift that my sister gave my Dad for his 60th. As you may have already seen on my blog, we went to Hambleton Hall on the actual day of his birthday where I finally saw the miraculous Coravin system in action. But it wasn’t until this March that we actually saw ourselves heading for Aboyne in Scotland to see what salmon fishing was all about.

The drive was a lot easier than expected, possibly thanks to how heated seats completely knock me out so I slept most of the way. It took around 8 hours to reach The Lodge where we were staying. A fantastic place that was far fancier than I had pictured with the sort of beautiful interior design you only see in Country Living magazine. Anna, our host, was a delight and cooked us the most fantastic breakfast every morning and a venison supper on the last night. 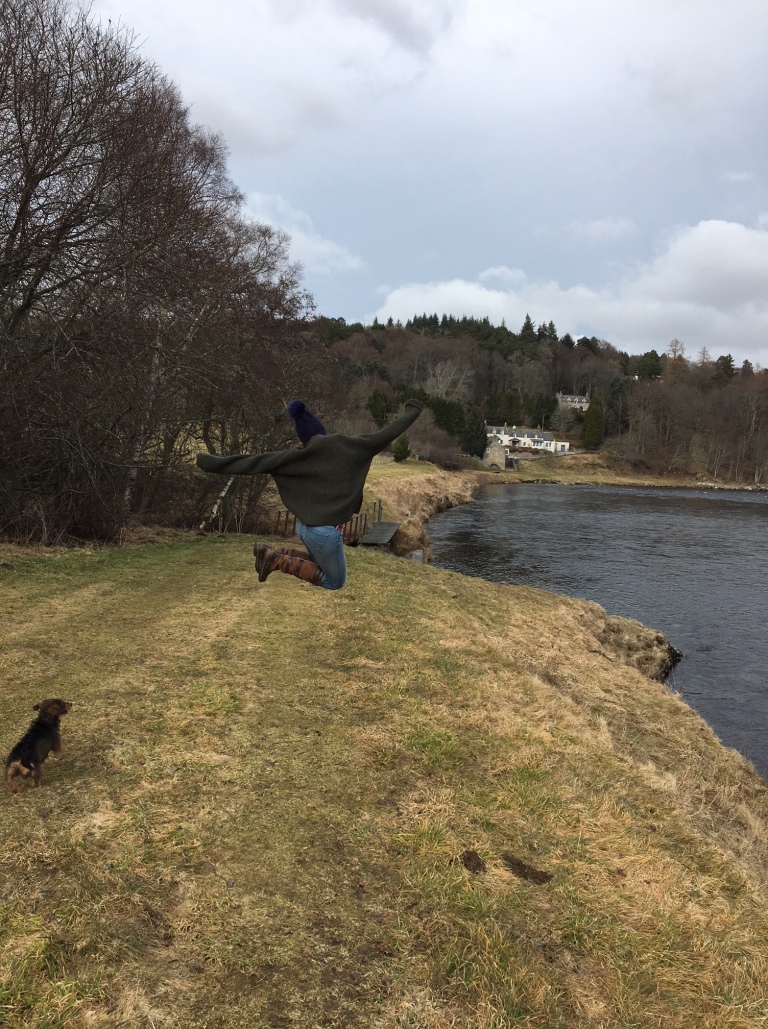 After a quick refresh we headed to the local pub, The Boat Inn, where we were to meet The Twin Peakes founders Will and Al Peake, our fishing guides for the week. Dad was verging on over spilling with excitement at this point and I started worrying when he didn’t want a drink, he said no to beer (odd) and red wine (very odd) and sat there with a strange glint in his eye. It took some effort but we finally convinced him to have a whisky. It was 4pm by this point and we were going to be heading out fishing, whisky was essential. I really wasn’t sure what to expect, Harriet hadn’t filled me in an awful lot so when a young smiling chap turned up in waders with an equally smiley Labrador in tow, I thought perhaps fishing isn’t so dull after all. 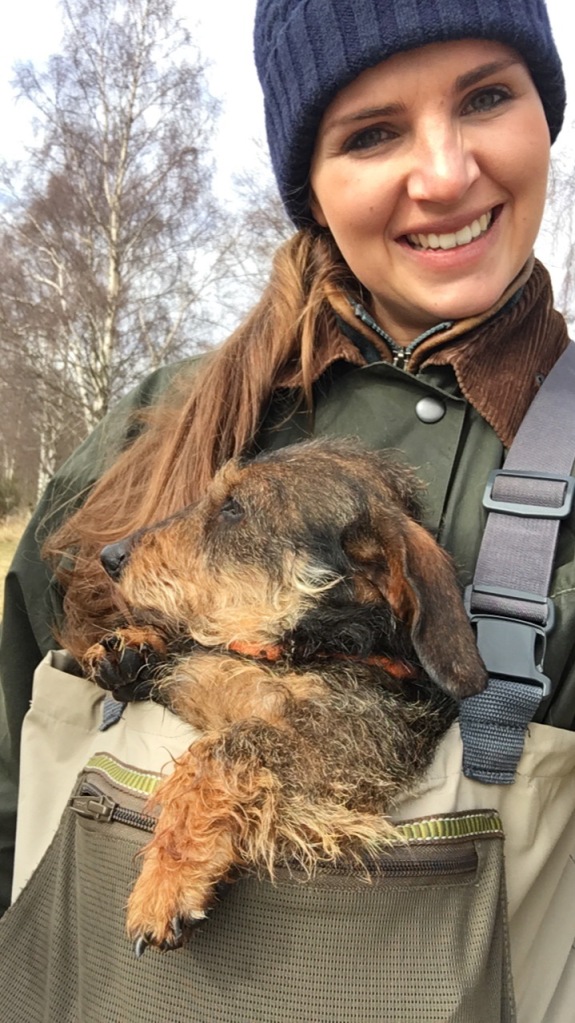 Will got us kitted up in some fancy Orvis waders and handed us a rod and a landing net and off we went, all the gear and absolutely no idea what we were getting ourselves into. Will is one of the most positive people I have ever met, he’d just helped a previous client land a hefty salmon so he was soaking wet, it was cold, and he was still bouncing along through the snow telling us all about it, Isla the labrador bounding along ahead. We walked under a bridge to a beautiful setting in the shallows of the River Dee to learn all about Spey Casting.

With a harmless bit of wool on the end of the line, Spey Casting wasn’t daunting, but it didn’t stop it being tricky. Demonstrated beautifully and seemingly effortlessly by Will, it’s somewhat frustrating to be handed back a rod only to make a mess of it. I play the violin quite badly to Grade 6 and dabble with tennis and polo and through all of these sports and arts I tend to be quite stiff and aggressive. The same went for fishing, I was launching myself into that river along with the rod as though the more energy I put into it, the better my luck would be. It’s all about less thrusting and more of a gentle flicking action and the more casting I did, I think, the better I got. We’d been there for a bit of time when Al arrived, Will’s identical twin brother. It’s safe to say I out-awkwarded myself getting confused with who was who until we got to know them a bit better. 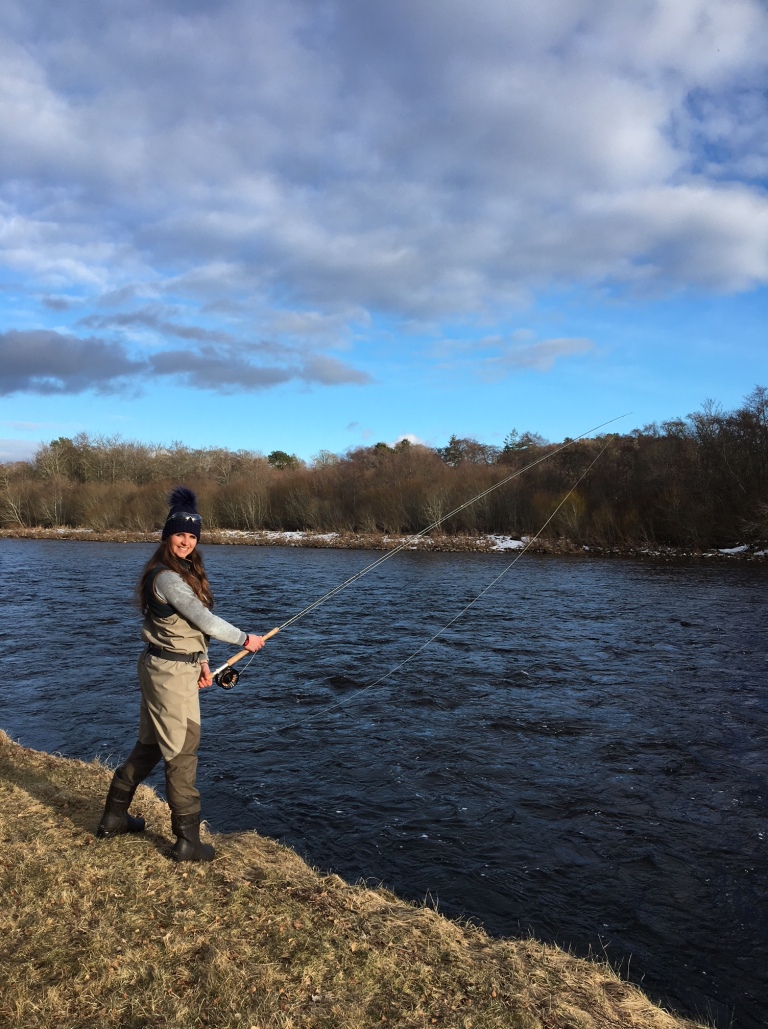 After several more attempts and some more instruction, we started looking a bit safer and made our way to a different part of the river with a Willie Gunn fly and a huge amount of optimism. It got dark and only the occasional passing car headlights reassured me that my line was out there somewhere, trying to tempt a curious salmon to take a bite. Hands growing stiff from the cold, shoulders weary of a new skill but in great spirits we packed up and made our way back to the pub to plan the week ahead.

I won’t tell you about every single day we had fishing, I don’t want to make you too jealous. But I will tell you what I learnt all this time salmon fishing: 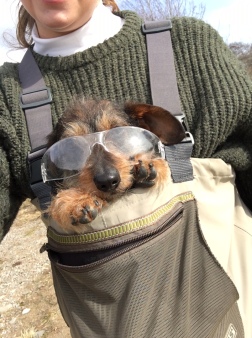 If you’re trying fishing for the first time, I can’t recommend Will and Al enough. For if it wasn’t for them I really don’t think I’d have taken to fishing with such fervour.

So why have I written this on my wine blog? Well on the last night at The Lodge we decided to stay put for supper and Anna cooked us the most marvelous venison dish followed by a chocolate mouse I wish I’d eaten more of. I’d taken some contraband with me as I don’t like to be too far from a bottle of wine and thus all of this has been relevant. 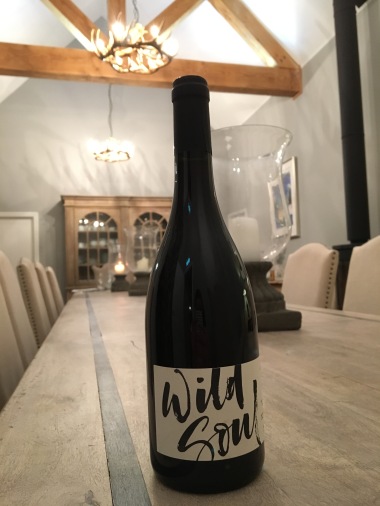 This is a Gamay wine, it’s 12% and it is one of the most organic wines you can get your paws on. On first impression I was quite shocked at the almost cloudy purple colour of this wine, it’s really quite different to your ordinary Vin de France. On first taste there’s that orchard taste of fermenting apples that I do find in sorts of wines. It’s very light and fruity with an average finish. A thirst quenching wine with big cherry flavours but not hugely enjoyable with venison, and as someone who loves a Gamay wine, perhaps not the best example.