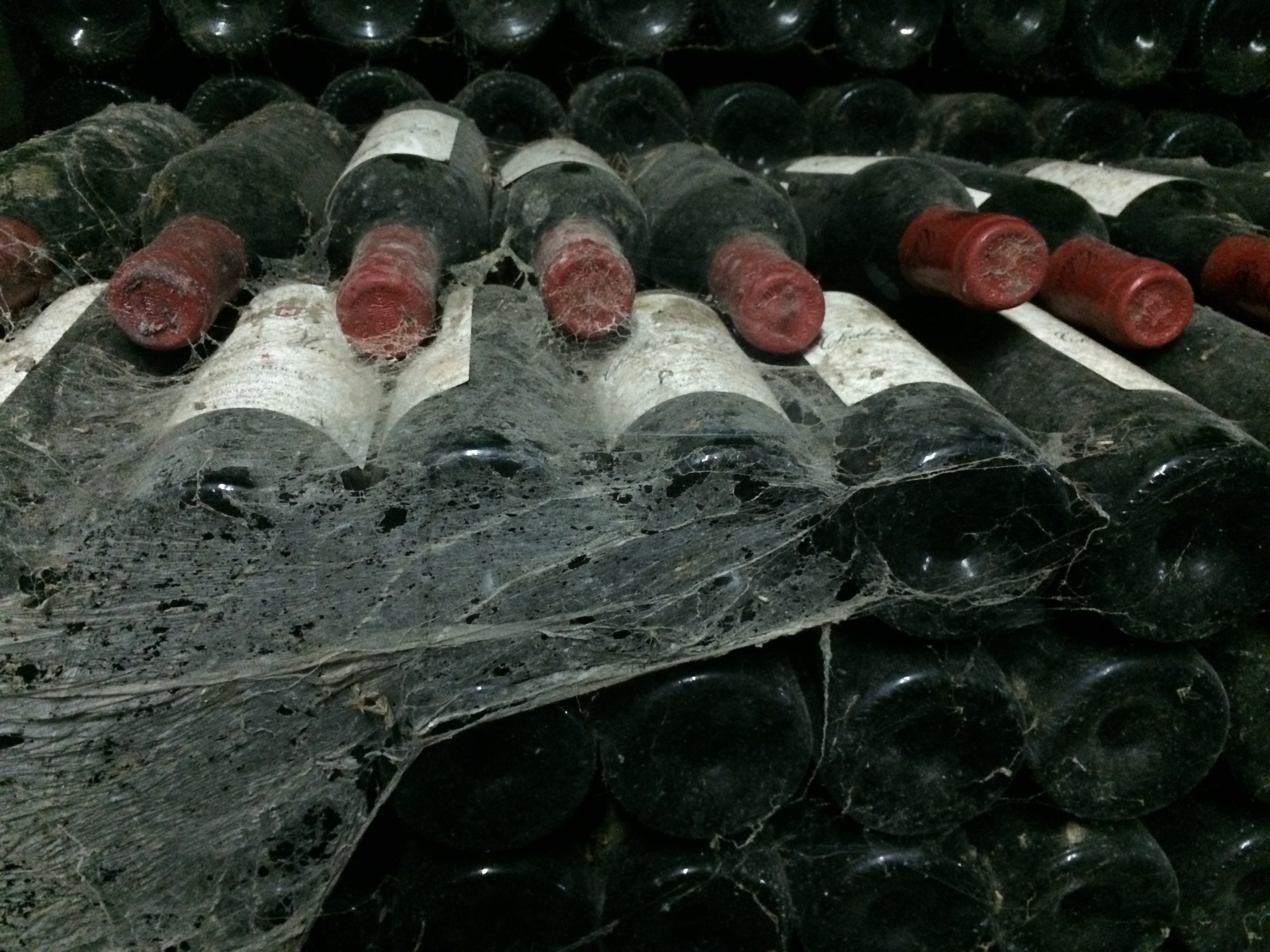 I recently reviewed a new restaurant in my area called The Chubby Castor for our local magazine, Stamford Living. I would share this with you, but it’s going into next months issue so I can’t give too much away yet…but I will tell you about the wine. It was from Lebanon, I chose it because of the description; ‘Classically structured, eccentric and intriguing in style,‘ and because I’d never tried a wine from Lebanon. After raving about the wine ever since, it’s clear that Chateau Musar holds a very special position in the wine industry, one of intrigue and passion.

I say intrigue because Lebanon is one of those countries that has been producing wine for centuries, almost in a biblical sense thanks to the Greeks, but perhaps I say rather ignorantly, it’s hardly well known for it, is it?

It was in the Middle Ages that the rich sweet wines of Tyre and Sidon began their journey from Lebanon into the wider world. The wines were traded by the merchants of Venice and the wine was highly regarded in Europe, even way back when.

Now this next bit is a little confusing so here’s what happened according to Jancis Robinson website:

In 1517, what is now Lebanon was absorbed into the Ottoman Empire and winemaking was forbidden, except for religious purposes. This allowed Lebanon’s Christians, mainly Maronites and Greek and Armenian Orthodox, to produce wine and in 1857 the Jesuit missionaries of Ksara introduced new vine varieties and production methods from French-governed Algeria, laying the foundations of the modern Lebanese wine industry.

The French administration that governed Lebanon between the wars created unprecedented demand for wine, while Lebanon’s post-independence role as a cosmopolitan, financial hub allowed the new wine culture to take hold. It lasted until 1975 when the country descended into a 15-year civil war that stunted the development of the sector. Although only two harvests were lost to the fighting, only Chateau Musar, which recognized the need to penetrate new markets if it was to survive, genuinely thrived during this turbulent period. With peace came new opportunities and growth. The success of Chateau Kefraya, which began producing wine in 1979 after decades of supplying grapes to others, and the popularity of New World wines, galvanized Lebanon’s few established wineries and inspired a new generation, many of whom were producers of arak, the aniseed-flavoured eau-de-vie that is the country’s national drink, to exploit the potential of the Bekaa Valley’s formidable terroir. In the 20 years since the mid 1990s the number of wineries increased from five to over 40. Around 90% of Lebanon’s production may still come from ten producers, but they have proved they can produce world-class wine and stepped out of the shadow of the celebrated but quirky Chateau Musar. In 2013, total production was estimated to be 9 million bottles from 2,000 ha/5,000 acres of grapevines dedicated to wine production (oiv reckoned the total vineyard area was 14,000 ha/34,595 acres in 2011). In the same year, a National Wine Institute was formed with a view, inter alia, to creating a system inspired by France’s appellation d’origine contrôlée.

Chateau Musar has survived excessive rainfall and the violence of war but who knows, perhaps the shrapnel is that je ne sais quoi behind this wine. The survival is wholly thanks to one man, Serge Hochar, Decanter’s first Man of the Year in 1984. According to Decanter, ‘when Serge talks about life in the Lebanon , he always uses the word “chaos”. Yet the place works and thrives. It is like nowhere else and nothing else.’ Sadly, Serge passed away in 2015, but after building such a reputation his legacy lives on and Chateau Musar continues to have many loyal and enthusiastic drinkers around the globe. The wine today carries the name Gaston Hochar on the label who is no other that Serge’s son who now produces the wine alongside his brother Marc, let’s hope the Hochar name lives on forever.

Just to give you a deeper understanding of the man behind these wines, here’s what Decanter published in 2013:

Serge Hochar is a deeply philosophical winemaker who has never hestitated to gamble and take risks to follow his winemaking hunches. “Good wine,” he told me in 1993, “should be dangerously enjoyable. I want to make a wine that troubles me.” The civil war, moreover, forced him to double those risks and live, in winemaking as well as human terms, even more dangerously, and the success of many of the wines produced under war conditions convinced him that great, naturally made wines have a kind of life of their own, “not human life but life all the same”, and that this life is far more tenacious and autonomous than most winemakers (let alone oenologists) would believe. “The power of the life of wine is astonishing. I have seen wines die, and then come back to life later on. I have made the decision myself. `This wine is dead. Throw it away.’ Yet I was wrong.”

He was a winemaking non-interventionist (“let nature do it”) long before the term was ever thought of, using very low levels of sulphur and wild yeasts right from the beginning, and never worrying much about the high levels of volatile acidity his wines often possess. “It is an aspect of fragrance,” he told me in 1993. “Now we have reduced it – unfortunately.” He waits far longer than most would do before bottling his wines, which often leaves them (by modern standards) challengingly light in colour; and then he ages them for a further three or four years in bottle before putting them on sale. Even then he holds back at least 25 per cent of the stock of each year for much longer ageing, to the fury of his bank manager. “The value of our stock is ten times our annual sales. But making money is not the prime objective. The prime objective is social: country, roots, genes, history.” The cellars at Ghazir have recently been extended to accommodate Musar’s vast stocks of well over one million bottles. Why do this? To invest in time. “Give my wines more time,” Serge stresses, “and they will give you more joy.” It takes time to talk to Serge, time to taste with him, and time to work for him. “The value of time is so important,” Serge has told me repeatedly. “Somebody who works with me has to continue to work with me. Whenever you lose someone, you lose a lot. If I spend two hours with you, it is already capital. If I am going to lose this, it is very stupid.”

I have never actually met anyone for whom the act of tasting wine is more important than for Serge Hochar. “What you taste,” he says, “is truth.”

Wine certainly never lies, which is why most people love it and a good wine certainly should be dangerously enjoyable. After finding out that Waitrose stocked the delicious nectar I thought I’d treat myself last Friday evening to a small glass. I offered to share the rest on Saturday with friends but fortunately they’re more into sparkling wine so I could keep it all to myself. This is the 2006 vintage, it’s 14% and produced from Cabernet Sauvignon Carignan and it cost £24.99. I should also mention that it is suitable for vegans! I worry that other reds will now taste bland in comparison and that this wine has sparked an expensive new taste within me. It has a very, very long finish, it’s so well-balanced and reminds me of prunes, licorice, leather, aniseed and horse licks. It takes you to another climate and makes you want to temporarily quit life and travel far into the East…

A note from Waitrose: We’re delighted to be able to bring you this Eastern jewel, but due to high demand we strongly advise that you stock up while you can. Ordering by the case will also allow you to savour this marvel as it evolves. Glorious now, Chateau Musar’s hedonistic flavours will mellow over time and become more graceful like the finest Bordeaux. Don’t miss it. 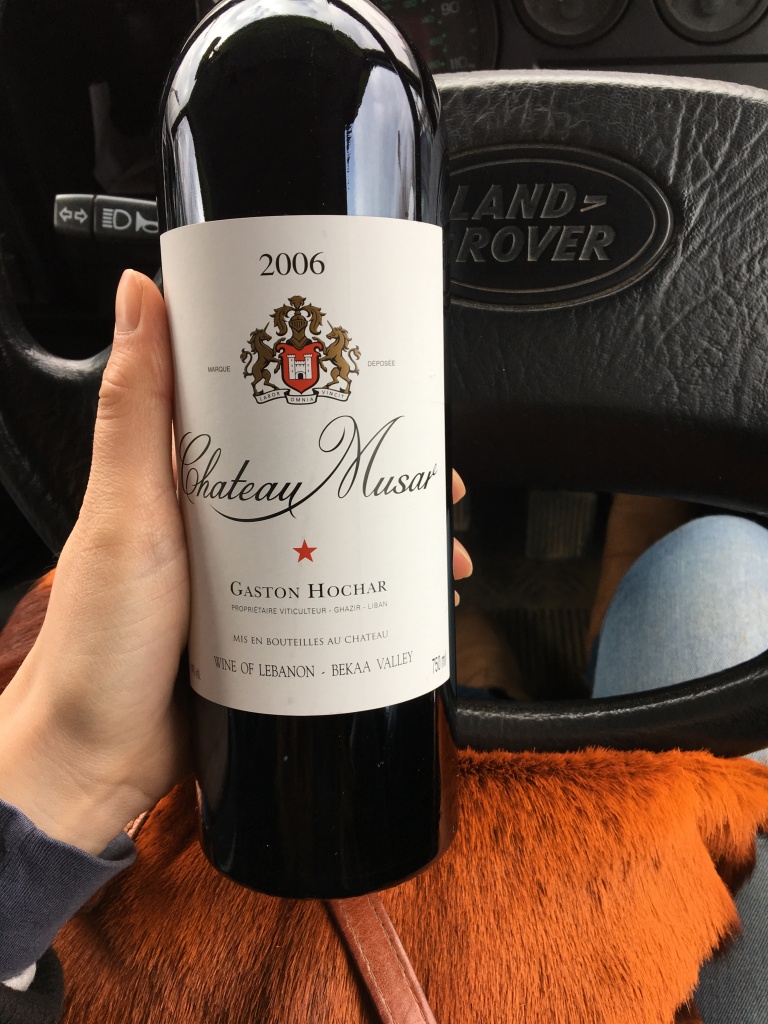