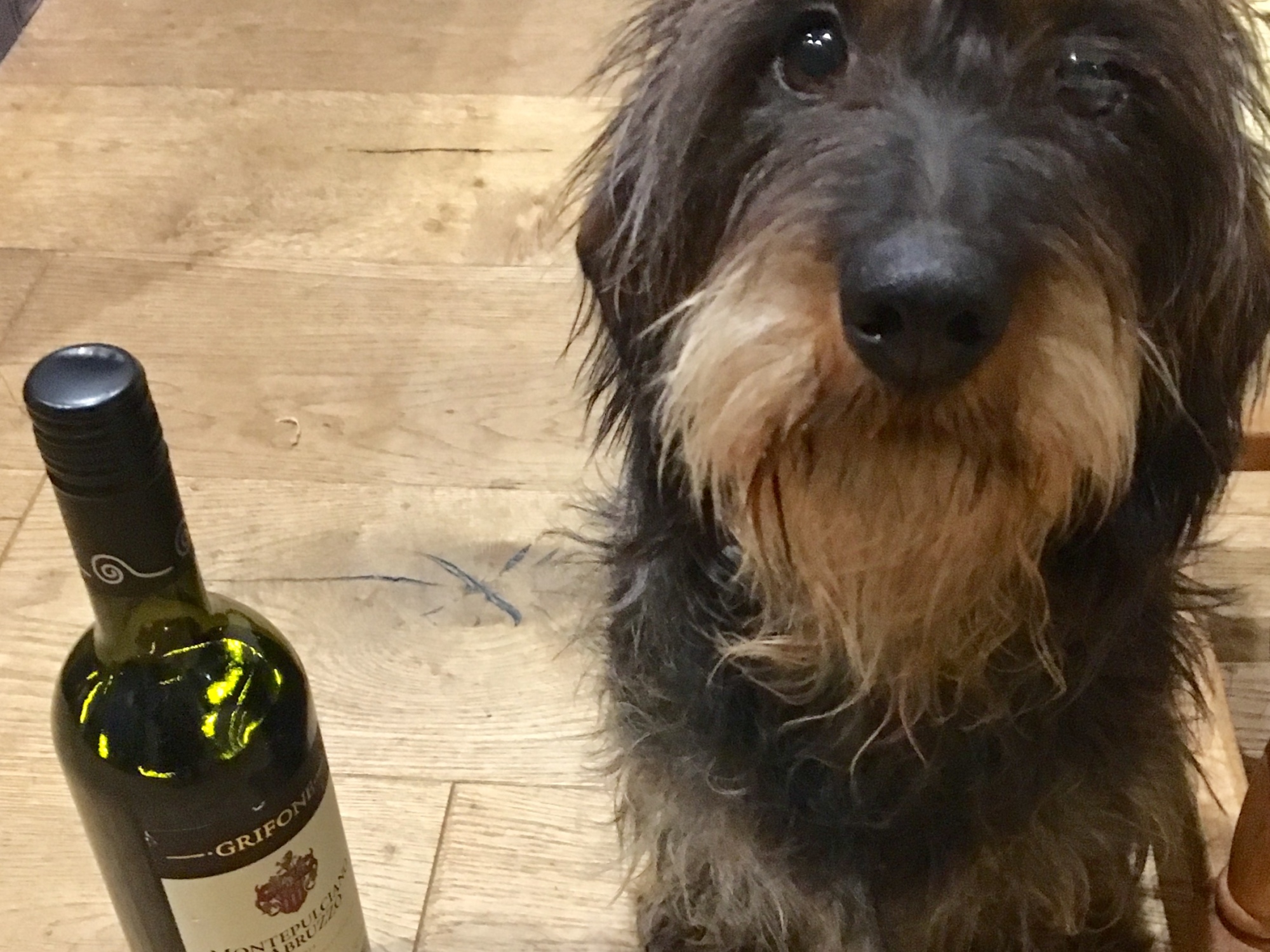 Occasionally, I babysit three lovely children in the next village to me and not only is it always a delight to hear their tales and watch the latest ‘favourite film’, but I’m often greeted by a bottle of wine and three lovely doggies too.

Last time, we all watched Pink Panther 2 together, the Steve Martin version, and I have to say that I really laughed at it, several times. Steve Martin is a bit of a marmite actor and a lot of people really can’t stand the bloke, but as the mischievous French detective Clouseau, I thought he did rather well. It was like Austin Powers meets Mr Bean meets Agatha Christie, far better than I expected.

As for wine, Treacle the teckel helped me with a 2014 bottle of Montpulciano d’Abruzzo. I can’t seem to find the 2014, but you can buy the 2016 on Majestic Wine, here.

This is an Italian wine made from the Montepulciano grape variety from the Abruzzo region – the signature wine of this area. Abruzzo (what a fabulous Italian name) is a fairly mountainous region in central Italy close to the Adriatic sea. They are something like the 6th biggest producers of wine in Italy with an annual production of between 3 and 4 million hectolitres.

This particular Montepulciano d’Abruzzo was quite fruity then bouncy but with a rounded edge of oak flavours in the background. It’s only £6.99 on Majestic Wines, which makes it the perfect bottle for those occasions where you don’t feel like indulging, but want a good reliable red wine.