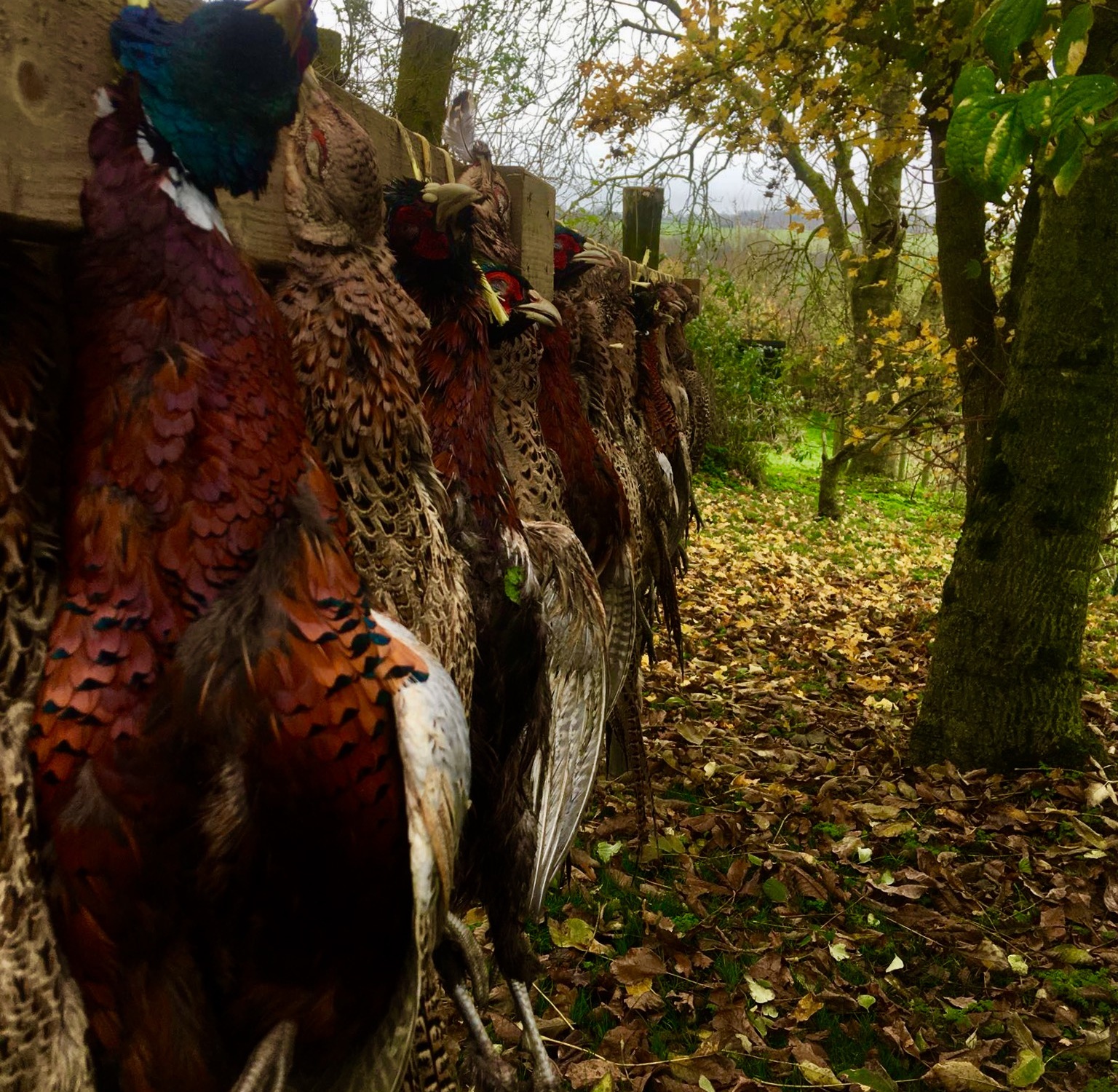 This week is Great British Game Week 2017 with the hashtag #GameToEat for promotion. It comes from the Countryside Alliance and the British Association for Shooting and Conservation and the aim is to promote wild game to over 1 million people and spread the word of just how good game is (it really really is). A massive thank you to The Stamford Kitchen’s Rosie Farthing for the pheasant photo above.

Game can be typically described as any animal that is hunted for sport, or food. These days, with food so readily available in the UK, the two come hand in hand with most field sports resulting in a meal on the table.

Sadly, a lot of people still know very little about shooting, fishing, deer stalking and the likes and so hold the opinion that it’s cruel and that the meat doesn’t taste particularly nice. I don’t know about you, but I would much rather kill and eat an animal that has lived a good life in the wild than eat a lamb roast that has no doubt been slaughtered in the traditional halal method, and barely seen the light of day…it’s a constantly debated topic I won’t get any more into for now.

Pheasant, grouse, pigeon, venison, rabbit, hare, woodcock, duck and partridge are not only enjoyable to cook with (especially venison) but the results are usually delicious. Taste aside, game is high in protein and due to these animals actually leading active lives in the wild, the meat is lean meaning lower levels of bad fats and cholesterol. It’s also hormone free, high in Omega-3 and has low-carbon miles. What’s not to love?

Whatever your opinion on countryside sports, it’s important to acknowledge how much the game industry does for conservation of our Great British countryside, this is interesting:

“A huge amount of conservation work and management is undertaken to ensure health and sustainable game. The management of deer ensures woodlands including ancient woodland are not destroyed or damaged. On average, five species of wild flowers are found in unmanaged woodland. In woodland manged for game an average 16 species can be found.” – Taste of Game

I’m not going to go any more into my opinion on this, but I touch on it in a Tuesday moan I had, here.

I think the main problem we have is that supermarkets don’t ordinarily stock game, and if they do, they don’t market it particularly well. Good restaurants will always have game on the menu, but all country pubs should offer seasonal game, they’re missing out if they don’t. To buy your own, visit the local butcher or farm shop – they will definitely be able to get some for you and find yourself an exciting recipe to follow online. The Field magazine are always posting ideas, click here to see more.

So why am I telling you all of this on my wine blog? Because I think that game and wine marry together with the strength of our incredible Queen and Prince Philip, it’s a solid relationship, everlasting. And as it’s the season, you need to get your hands on some.

We’re lucky in Stamford to have a wide choice of great pubs so on Monday I went to The Bull & Swan for a few drinks and a spontaneous meal. One of the specials on the quaint little chalkboard was local venison. It’s actually from Burghley Park which is directly behind The Bull & Swan, that’s as local as local gets! I’d have probably chosen it anyway, but being #GBGameWeek and everything it made the decision even easier. I had my little sausage dog with me (Chunky) and although it’s terrible table manners I let her try some too – she nearly took my hand off unsurprisingly, it was absolutely incredible. Venison is a bit like a really tasty fillet steak but with more character. An attractive man that isn’t just looks, he’s funny too? Catch my drift? It’s the bee’s knees, the cat’s whiskers and it paired with a glass of red wine beautifully. The wine I believe I have also reviewed before, see here, it’s an Italian merlot.

I intend to cook some sort of game this week to pair with my other bottle of wine from Frederic – so look out for that.

Other stories of wine to update you on:

I must say, very quickly, for those of you reading this saying rise-ling in your head you are wrong, it’s reece-ling, I was wrong too at first, but I have changed my ways and so should you.

The enjoyment of wine is often aided by the company is it not? I took this bottle over to my friend Emily’s for supper last night. Em has just got back from travelling so we had lots to catch up on, she’s also a great little cook which is a massive bonus so we enjoyed the wine with a tasty risotto. She has an Instagram page for the food side of things, search for @ems_foodforthought and give it a follow if you love food too.

The beauty of a good German Riesling is that they’re so low in alcohol you can share a whole bottle on a school night and not even feel the slightest bit foggy headed the next day. This is an off-dry wine, it’s bright and light so perfect for risotto, quite sweet but clean with it like a fresh apple. I thoroughly recommend stocking up for when you need a refreshing white to pair with a meal.