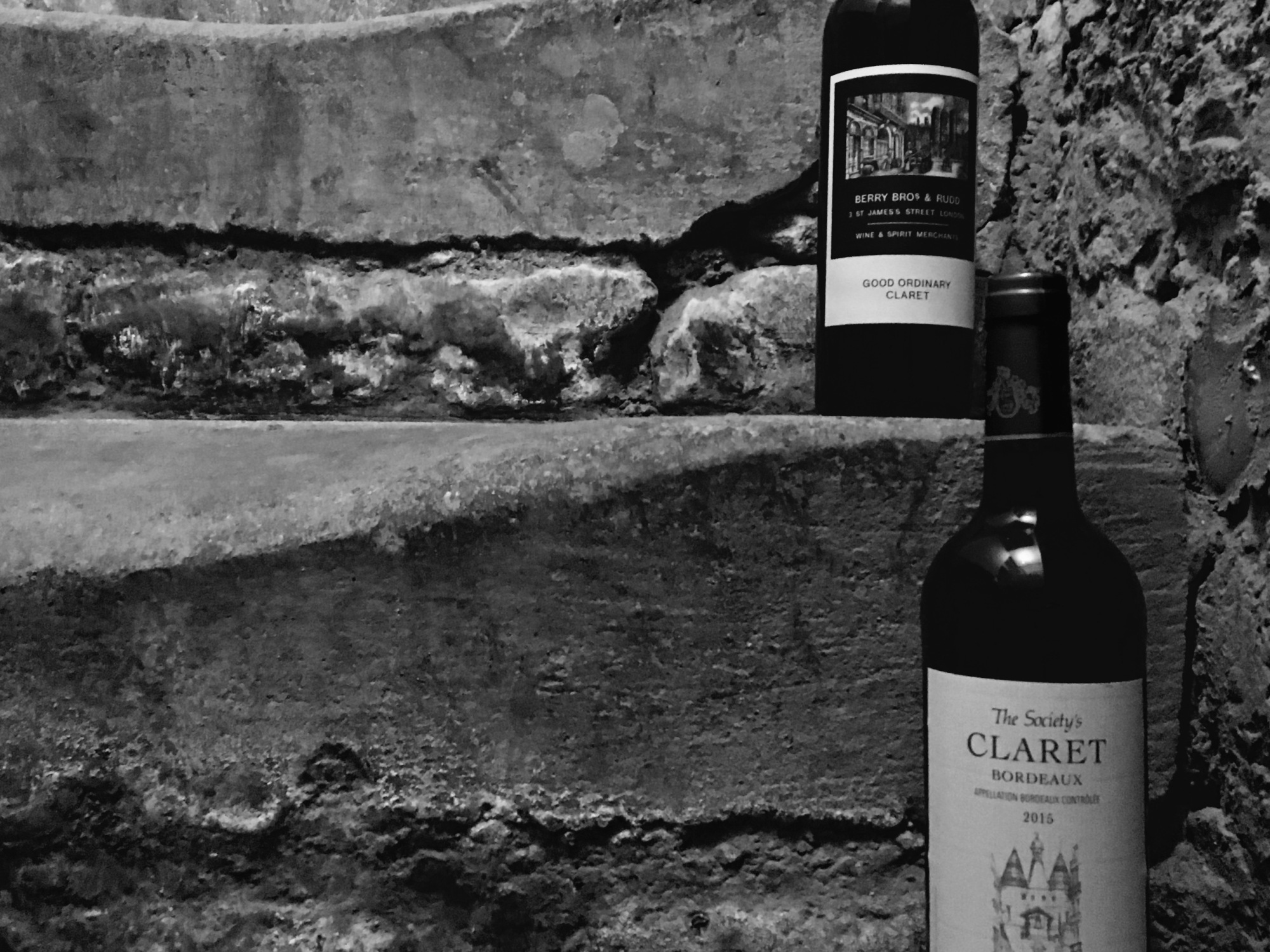 On Saturday I asked myself, can I squeeze one more segment of Stilton in, and I could. The after effects of course meant dreams that even Jilly Cooper couldn’t have dreamed up.  All sorts of intricacies, bad antics, seductions and everything you could ever, well, dream of.

I managed to get through the week without so much as a sip of fermented grape juice, but by Saturday this functional alcoholic was back on the bandwagon. Hunting, as I have said previously, always catches one out. There’s the port at the meet, several kind people’s hip flasks, experimental damson gins and blackberry vodka, it’s really just a good excuse to be sociable.

Then of course the Stilton evening that I cracked open a bottle of Errazuriz Max Reserva Cabernet Sauvignon for, which was really heady actually but then it could have just been the effect of topping up from earlier.

And then we find ourselves at Sunday. I had big plans to try both The Wine Society’s and Berry Bros. & Rudd’s Claret with a not so normal meal to put them to the test.

This all started because one lovely evening babysitting for possibly the most delightful family I’ve ever been lucky enough to babysit for, the Dad (David) came home from his evening out and we started talking about wine. As you may have picked up on, I love it when people are passionate and David was clearly very keen to tell me about The Wine Society’s Claret. Now, his words were something along the lines of how it’s an exceptional red to pair with anything, any food, any company, and so because it’s so versatile they have it in constant supply. David’s wife Debbie also happens to be one of the finest chefs in the area, so when they tell you something is tasty, they’re usually right.

So, I left with a bottle of this exciting, very affordable, supposedly versatile Claret and put it in my cellar pondering when to try it. I then ordered a box of wine from Berry Bros. & Rudd thanks to their very kind suggestions and among this enticing delivery was a bottle of their Good Ordinary Claret. It came to me quite suddenly, I must drink them both at the same time, and the competition was on.

What I’ve learned thanks to Jancis Robinson’s website & the internet in general (always open to corrections and more information, get in touch):

Red wines that come from the Bordeaux region were initially known as Clairet, and that’s where people believe the English term Claret comes from. The wines can be described as ‘table reds’ because they are supposedly drier and higher in tannin’s than normal. Back in medieval France, these wines were the result of a short fermentation period of contact with the grapes (usually around 1 or 2 days.) This led to red wines that were pale in colour thus the name Vinum Clarum, Vin Clar, or Clairet. The shipping to good old Britain (from Bordeaux) began as a consequence of the marriage of Henry II and Eleanor of Aquitaine in 1151, which was an awfully long time ago.

I shared the two wines with a friend, and an Indian. We went for a simple dish each so as not to completely destroy the taste buds but I thought if these wines are versatile, an Indian will really put them to the test.

This is of course from Bordeaux, it’s a Merlot and comes in at just £6.75 a bottle on their website. However, you do have to be a member of The Wine Society to make purchases which is an amicable £40 for life I think, I’ve not actually got round to reading the ins and outs of being a member. It’s more like buying into a share than a membership plus once you join you get an exciting £20 off your first order.

Anyway, as I was saying this Bordeaux is made with Merlot grapes, am I phrasing that well? I’m not sure. It is 13% and ready for drinking now, not a wine for aging. It says on the website: “It comes from the charming Sichel family, whose credentials are secured through Châteaux Angludet and Palmer, is a reassuring bonus.”

Anyway, we thought it was really good – as David had said – it was easy drinking, reassuringly so. Quite a rich red wine, that’s predominantly darker fruit and slightly acidic. It got better the longer it was opened, it was a bit blunt on first tasting so I’d probably decant it next time.

Now then, this Bordeaux is a Cabernet Sauvignon Blend, it’s 13.5% and comes from Dourthe – one of the most successful wine producers in Bordeaux. This is also a best seller and comes in at £9.95 per bottle but there is the option to buy a half bottle if you’re looking to sneak one into the cinema. I am very fond of the label on this bottle, it’s just the right amount of simple which makes it very effective.

This is a delicious fruity number, very well-balanced, rich and smooth without being over powering. I think it would be the perfect wine for the dinner table to get people chatting and it even managed to pair with the Indian beautifully.

I’d also like to mention that Berry Bros. and Rudd provide a fantastic service for delivery so if you are thinking of ordering some wines for Christmas, I can’t recommend them enough.

One thought on “A Battle of Bordeaux”