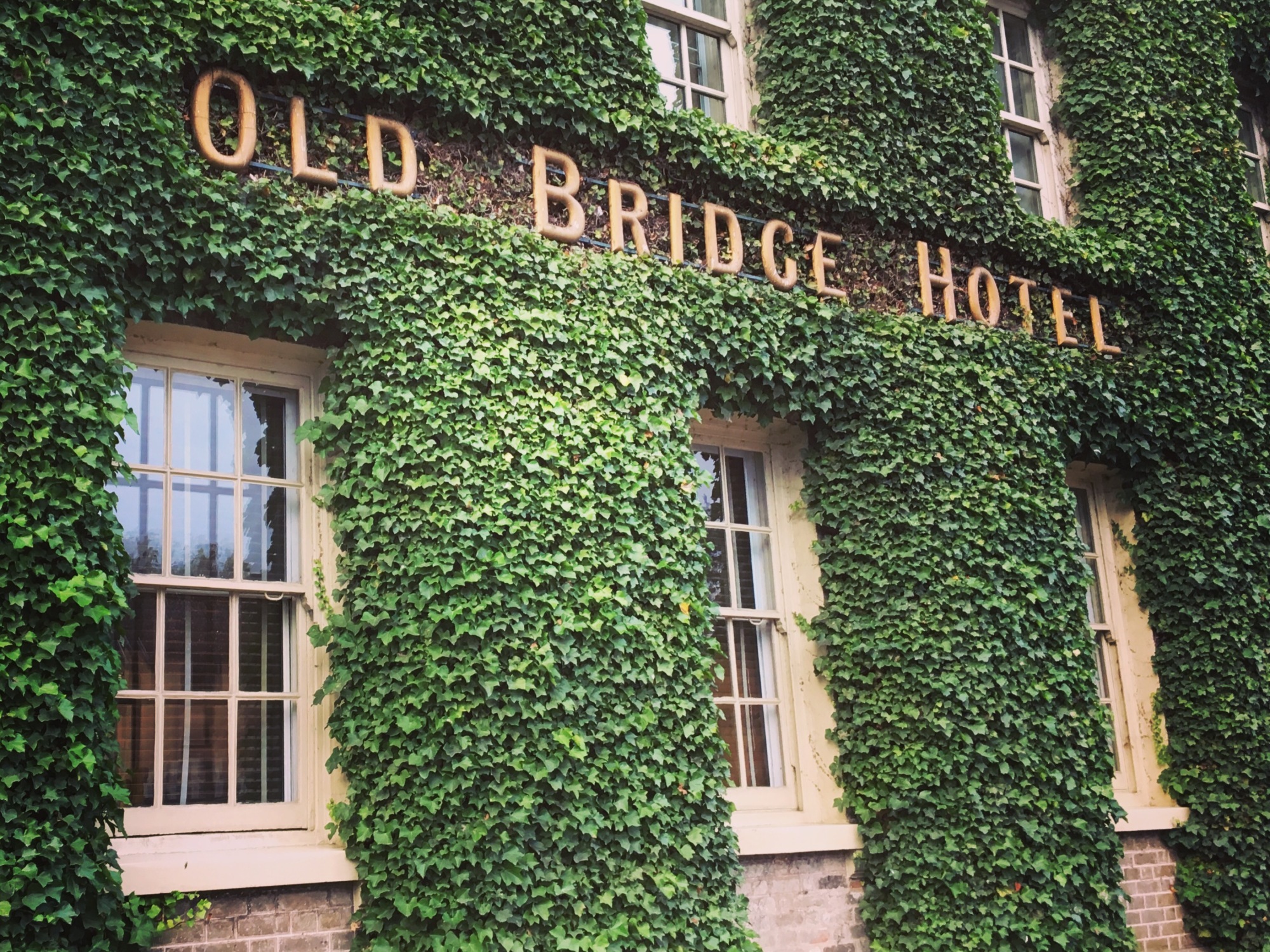 Last night, my sister Harry and I went to our first ‘Introduction to Wine’ tasting at The Old Bridge in Huntingdon.

The theme for the night was Washington State in the extreme northwest of the USA.

See this great map here that I stole from Wine Folly: 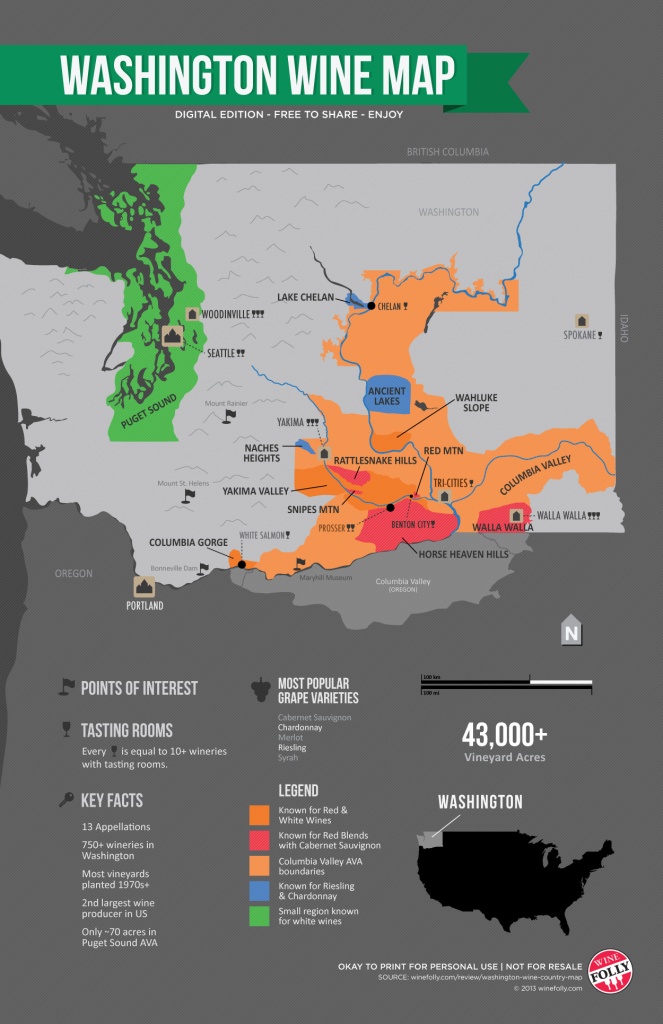 The wine evening was held by the hotel’s owner, John Hoskins MW, who travelled to Washington in May this year with a group of other Masters of Wine and upon his return decided to treat us lucky souls to a taste of his findings.

The very first wine grapes were planted in Washington back in 1825 by early traders from the Hudson’s Bay Company. The German and Italian immigrants started to arrive a bit later in the century and they are believed to have planted initially Cinsault wine grapes in the Walla Walla region, but this was sadly wiped out by Prohibition in 1917. 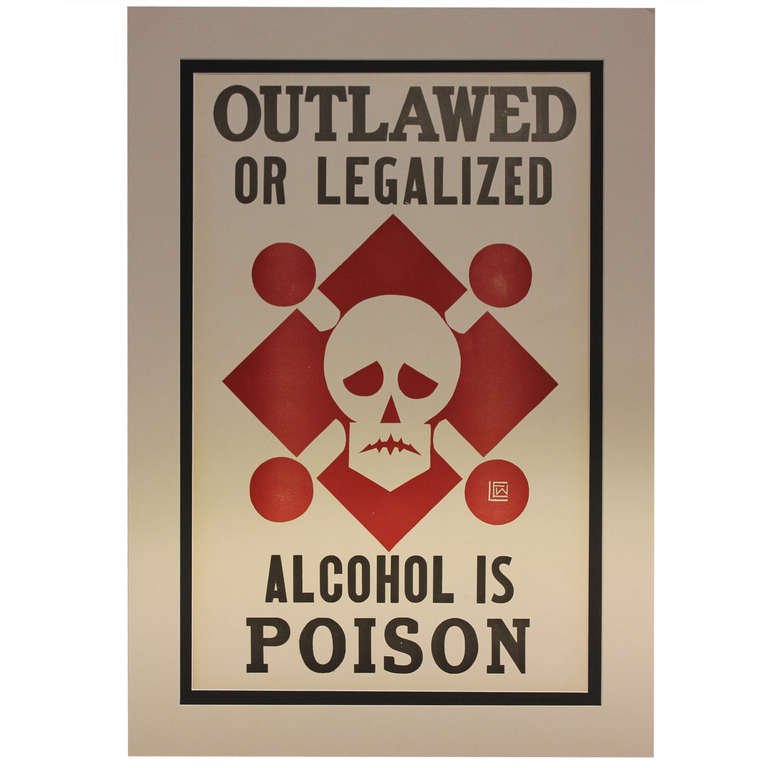 In the 1950s and 60s wine gradually started appearing again thanks to The University of Washington who’s scientists conducted a series of trials to test the various soils and climate of Washington’s land. There were 19 wineries in 1981 in this far northern state, but today there are well over 800.

John explained that a common misconception when it comes to growing wine is that you need nutrient rich, beautiful soil. This isn’t the case, take the gravel-rich vineyards of the Bordeaux for example. By John’s description, the best wines grow almost when everything else is against them. Washington State wines thrive with hot days, cool nights, and a very rough almost barren soil.

Remarkably, much of the land where the vineyards have so rapidly popped up in Washington are in the desert. But as you can see from the map, they’re nicely bordered in by mountains meaning a consistent supply of fresh water for irrigation. It’s working so far, and Washington wines are making their mark on the industry. Due to the massive space they’re dealing with, Washington produces one of the most diverse varieties of grapes for just one wine region. This gives them a lot of free rein to experiment with their blends and create wine of excellent quality without silly price tags.

Although we tasted a few delicious whites last night, John actually said they’re a bit behind on white wine whereas they’re flying when it comes to reds. One of the biggest producers in Washington, Chateau Ste Michelle, owns a lot of the wines we tried and as they made their settlement in Washington in 1912, it’s no real surprise that they’re owning it out there.

Let’s get into the wines:

Chateau Ste Michelle is the biggest producer of Riesling in the world. According to John, this particular wine is very popular out there and you’ll find it in lots of big steak houses throughout the west coast.

I can see why it’s perfect for steak houses because it’s really refreshing, with hints of soda water (I don’t think that’s a thing but let’s make it one.) It’s fragrant, tangy and tantalisingly revitalising.

I don’t really get why they’ve bothered with the 1% Marsanne. Apparently most of Hedges Family Estate wines are organic but this isn’t. The blend of the grapes is to make things more exciting. Producers have realised they can produce good quality grapes from all over the Washington region and combine them to create a New World exciting wine. I suppose this also means it can’t be compared to something else, giving it a good head start.

This was ok, definitely drinkable but not really my sort of thing.

John was saying how many people tell him, ‘Oh we don’t drink Chardonnay,’ until they try it, like it and get over the weird notion that Chardonnay is not likeable. I’m truly guilty with this too, as I’ve probably said before once or twice, it was California that got my straight back on the Chardonnay shuttle. This is a conventional new world wine, its aged half in oak and half in a tank so that it’s not too buttery. I thought it was delicious, Harry thought it tasted too much like whisky. It’s amazing how strong oak is, and a lot of the newer producers use new wood each time, meaning extra strong flavours.

Merlot, another wine with an unfair reputation after being replaced by Pinot Noir after that 2004 film Sideways. I haven’t seen it but when John said that, everyone laughed, so now I’m going to watch it for research on the plight of poor old Merlot and the rise of Pinot Noir.

This was really good, John described it as one of the best examples of what they’re doing in Washington. It’s aged in French and American oak barrels because why not and this makes it not too heavy, but nice and bold at the same time. Like a brave pony who longs to be a horse. It’s 13.5%, very smooth, nice and fruity and supremely well-balanced.

This meaty red is 14.5% which probably means it’s more like 15% according to the pros we were sat with. I didn’t realise that alcohol content was going up, something to do with grapes having higher sugar content because of the climate in this day and age (global warming). But if it’s too high, and 15% would be a bit risky, the producers can be lose out on critical scores which then have an impact on sales. The producers say that they make this wine in a Californian style, possibly because it comes from one of the hottest regions in Washington producing the bigger wines, so they can’t experiment as much. It certainly tasted more classic Cabernet Sauvignon.

I’m honestly impressed if you’re still reading at this stage – I just find it all so interesting so it’s got rather long.

This wine was produced by a chap called Bob Betz, John says he’s an absolute guru in the Washington State and this is one of his ‘lesser’ wines. It’s 14.3% which sounds a bit dodgy to me. Tastes great, quite sophisticated and fruity too.

This is where we see wine making getting trendy. Almost anyone with money can become a producer, you’ve just got to love it. I regularly Google ‘Vineyards for sale’ especially on Tuesdays.

Anyway, Gramercy Cellars is owned by a hipster ex master sommelier called Greg Harrington from New York who’s totally cool man. His labels are on trend, his wines are smooth, and let’s just hope he’s good looking to complete the package. This wine is as minimalist as you’d like it to be, peppery and dark, it’s delicious.

Side note: One was getting rather merry by this point so facts and opinions are beginning to slide.

This wine promises a lot but we agreed it’s perhaps a bit young yet, give it a few years to soften up and it’ll be grand.

All I wrote down as notes for this is ‘Col-Sol-Arr-EEE’ which isn’t really that helpful in hindsight. This wine is basically what happens when two forces collide (Antinori and Chateau Ste Michelle) to create one big bad red. Bad in this instance means good, really good, but also £70.

Thank you to Jake from the The Old Bridge Wine Shop for sending over the detailed spec for this wine after seeing my struggle.

I can now tell you that Col Solare is Italian for “shining hill” an appropriate name for a wine created by Tuscany’s Marchesi Antinori and Washington’s State Chateau Ste. The two joined forces to created this silky wine that has notes of crushed berries, cassis, and hints of tobacco. The wine is a bold 15.20%

We finished the perfect evening off with a delicious partridge and bacon pie (incredible pastry) with savoy cabbage and garlic potatoes. This was followed with the most delicious cheesecake and blueberry compote. More wines were offered and I learnt something else. The slightly cider-like flavour from wines you sometimes get is because they’re low in sulphur or commonly referred to as natural wines.

And there you have it – a simply fantastic reason to get trolleyed on a Monday evening without feeling even an inch guilty about it.

A massive thank you to John Hoskins MW for putting up with my obsessive wine chat all evening and of course the impeccable service too. 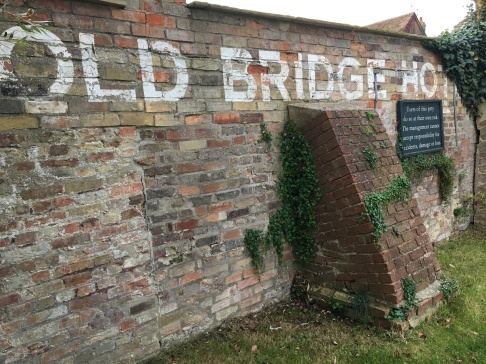 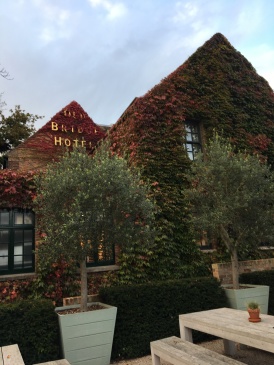 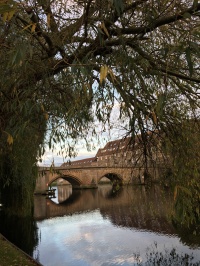 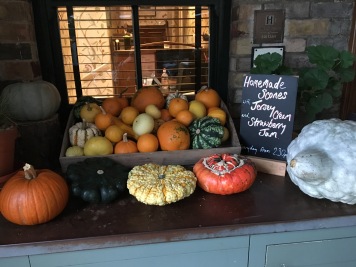 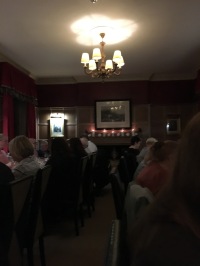 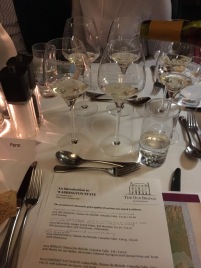 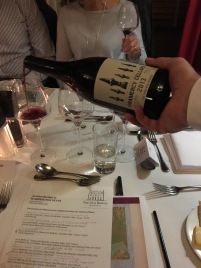 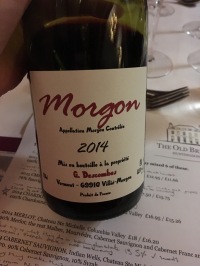 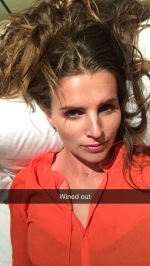 4 thoughts on “Wine Tasting at The Old Bridge”