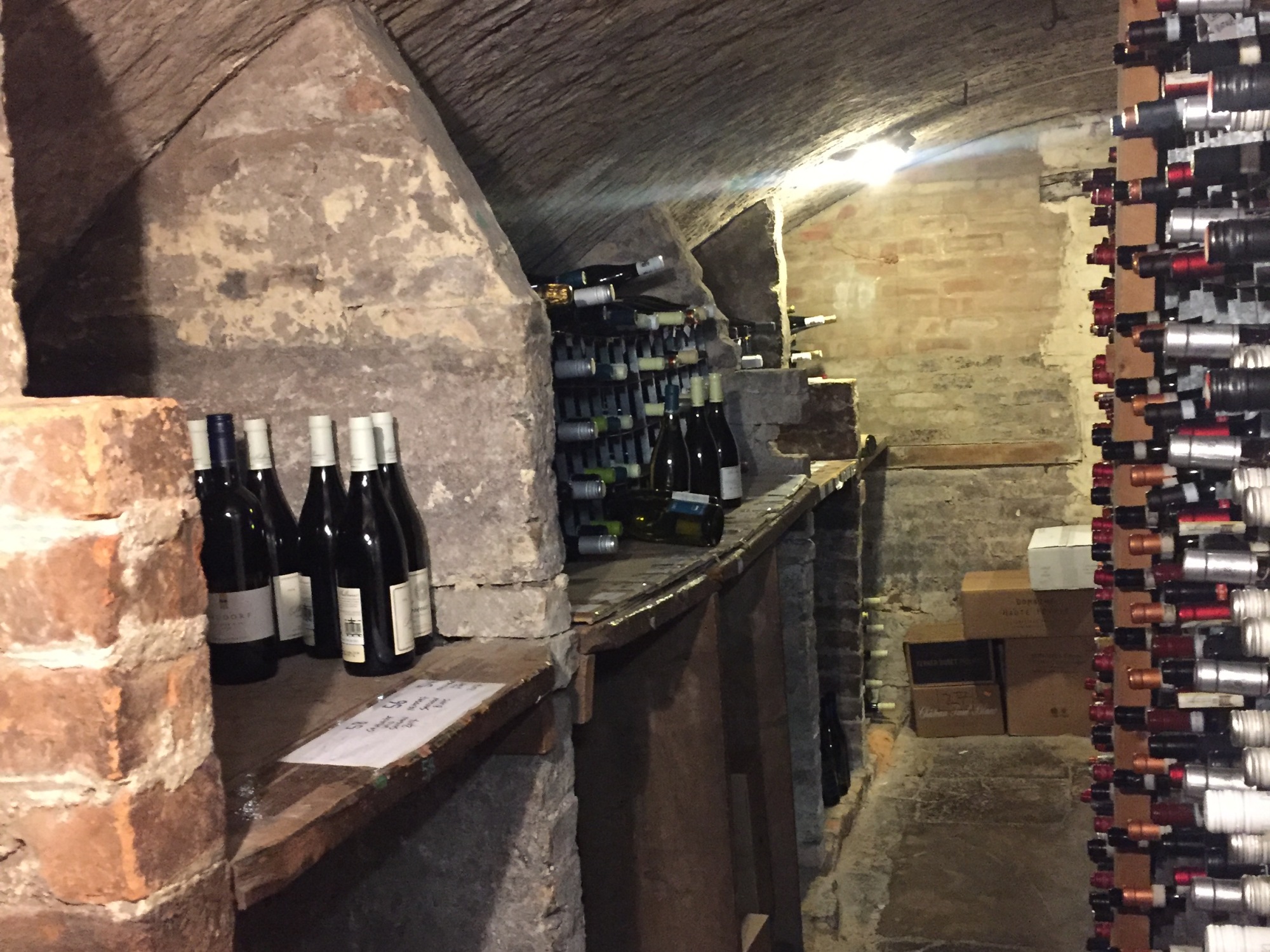 One of the most mischievous in a while, and with mischief comes wine!

My first story is about Stamford’s very own George Hotel, which I visited on Saturday lunchtime with my sister Harry. We noticed a young chap down in the cellar and Harry suggested taking a photograph, so I nipped over to see if he minded. Charming chap that he was, he gave me a bit of a tour really and hastily told me (he was holding some rather heavy boxes) that the wine cellar actually used to be a mortuary because back in tut day, that side of the hotel was a hospital. Isn’t that thrilling? He then said about one particularly fearful moment in the early hours of the morning where he fumbled in the dark for a bottle and grabbed a sleeping pussycat instead, you could imagine his fear, former mortuary, and a creative mind…

This excerpt is taken from The George Hotel of Stamford’s website:

The George of those times must have been comparatively small, for the present George incorporates much of the structure of two religious houses which bounded the old inn on each side. On the south stood the house of the Holy Sepulchre, a hospital of the Knights of St. John of Jerusalem, sometimes called Knights Hospitallers. Here all pilgrims and knights of the Holy Sepulchre were entertained as they travelled from the north on their journey to Jerusalem to visit the Sepulchre of Christ, the knights accompanying the pilgrims for protection.

Remains of the ancient hospital, partly destroyed by a Lancastrian army in 1461 during the Wars of the Roses, can be seen in the crypt under what is now the Champagne bar, and in the short vaulted passage of Perpendicular date which gives access to the beautiful and tranquil gardens. One historian has claimed that part of this block of buildings is the original chancel of the chapel of St. Mary Magdelen, once attached to the house of St. Sepulchre. It is interesting to note that there is a trefoil motif in the gable end denoting the Holy Trinity. Triple trefoils can also be seen over two medieval gateways in the garden.

The founder of this hospital of St. John and St. Thomas was one Brando, a monk of Peterborough Abbey, who started it in 1174, selling all of his possessions to do so. Later in 1189, Richard Humez, who held the manor of Stamford, and Bertram de Verdun his ward, gave the hospital a large meadow with orchard, and “The George Inn”, and in this Inn yard “one Siward” built a handsome church.

Most interesting don’t you think?

Anyway as for wine at The George, I went for a glass of the Chablis. I’ve never had a bad wine at The George, it’s the most beautiful place for a drink if you’re passing. The Consultant for wine there is interestingly John Hoskins MW, the owner of The Old Bridge at Huntingdon that you may have heard me refer to previously. I saw him out jogging at the weekend actually, very nearly ran the poor chap over, wouldn’t that have been a tragedy.

This was a delicious, mineral rich glass of white that left a really length flavour behind. It was so smooth that it went down really fast which was a bit of a problem. I went for the prawns, which it accompanied beautifully. I say mineral rich because there was absolutely no tanginess to the white whatsoever, which is perfect for me and I would 100% go for this again.

Chablis is a cooler wine region in northern Burgundy. The wines are made from 100% Chardonnay grape, and the cooler climate is what gives Chablis it’s signature taste and actually slight lack in smell.

We’re now into Saturday evening where my mum, sister and I headed to the local(ish) pub for a quick drink as the sun set. It was a magnificent evening, you’ll see from the arty farty photos I took that it was truly golden. I opted for prosecco, we all did actually and had a naughty dessert to go with it.

This is a really dry prosecco, quite refreshing but nothing special, a little too on the clean side. However, it washed the warm brownie down brilliantly and was served in one of those miniature bottles which are always fun.

Let’s fast forward to Sunday where I had rather too many glasses of a tasty Merlot in The Finches Arms, a charming pub near Rutland Water.

Somehow, one large glass turned into around four, maybe five, but from what I do remember it was a charming red, unlike the service which was frankly just plain odd, most unusual for this quaint little pub.

There were other drinks in between these drinks including Lunetta Prosecco that I have previously reviewed on my Ascot blog, here. 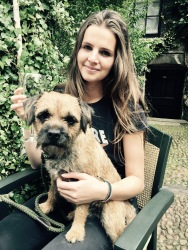 This is Olive! My beautiful border. 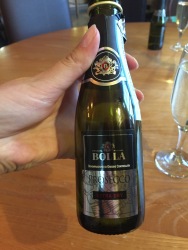 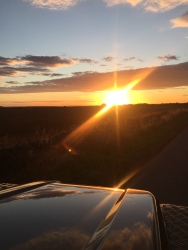 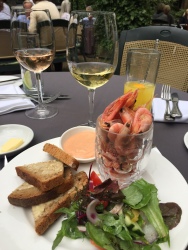 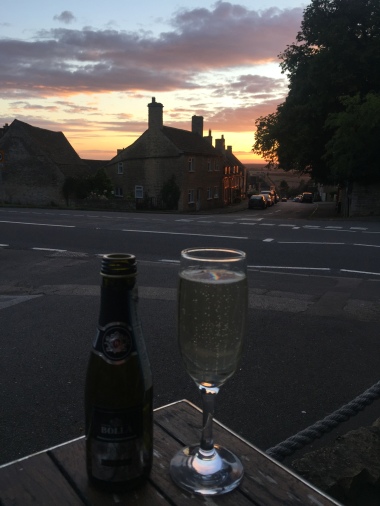 The fabulous cellar at The George Hotel of Stamford (former mortuary.) 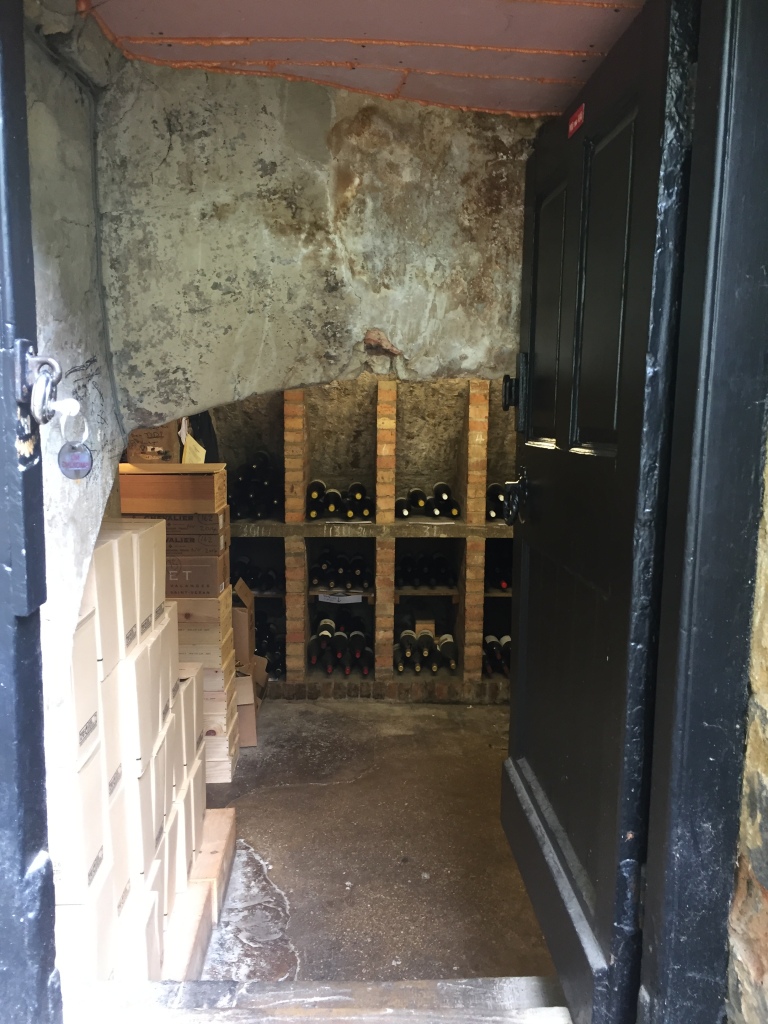 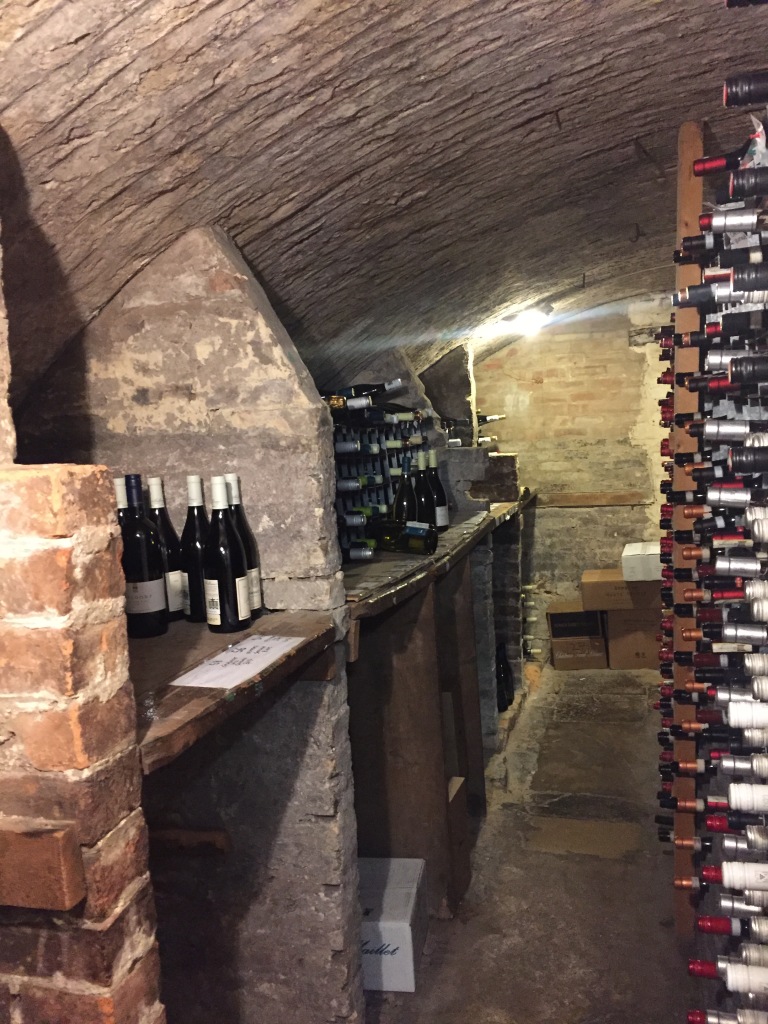 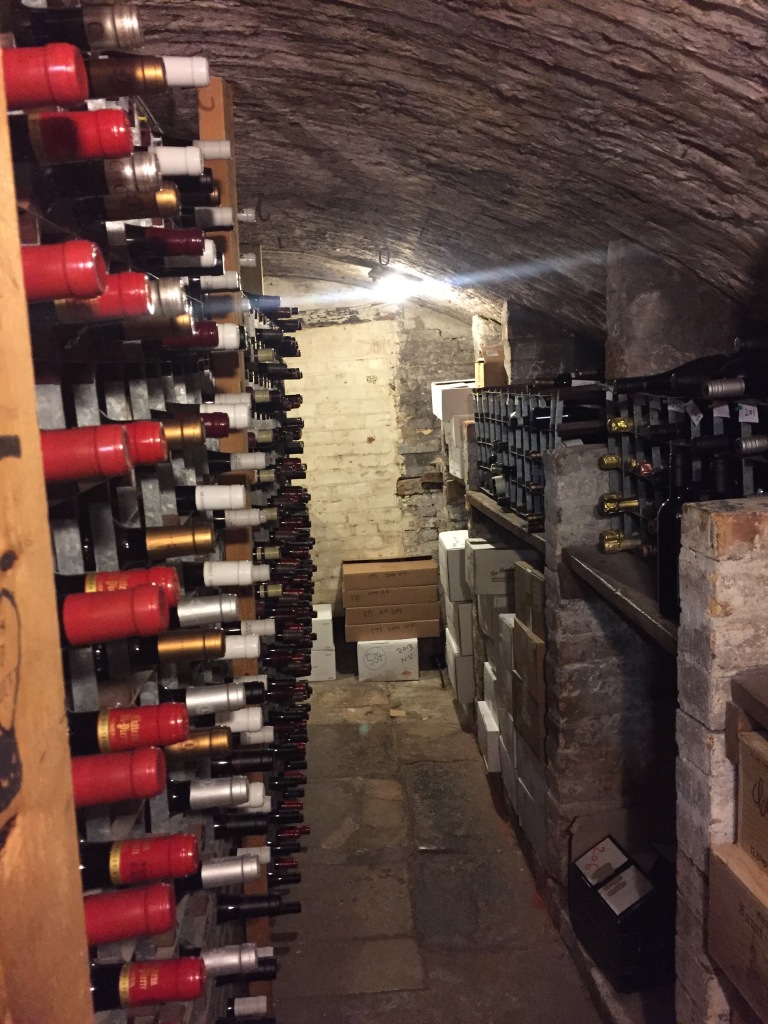 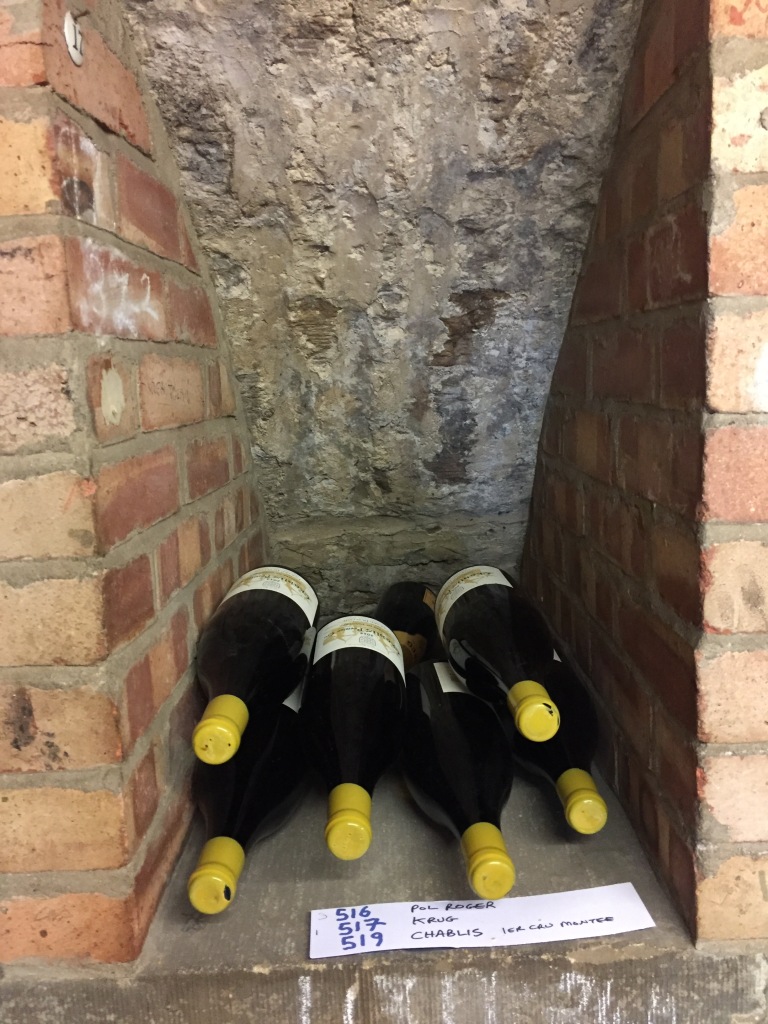